Leave a comment
By SoulfulDetox Be The Change, Gratitude, Purpose

Your Reality, My reality, and Living Peacefully Within The Two 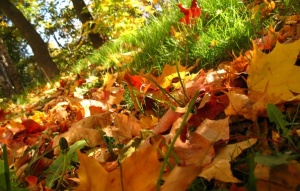 SAID A BLADE OF GRASS

Said a blade of grass to an autumn leaf, “You make such a noise falling! You scatter all my winter dreams.”

Said the leaf indignant, “Low-born and low-dwelling! Songless, peevish thing! You live not in the upper air and you cannot tell the sound of singing.”

Then the autumn leaf lay down upon the earth and slept. And when spring came she waked again — and she was a blade of grass.

And when it was autumn and her winter sleep was upon her, and above her through all the air the leaves were falling, she muttered to herself, “O these autumn leaves! They make such noise! They scatter all my winter dreams.”

The paradox of all relationships is that when we find ourselves with someone that is so different than us, if they do something that pisses us off we tend to conclude that they have some serious mental problems and need to change or fit into our mold in order for us to get along, when actually it’s simply that not only are they their own being, but they have their core values and beliefs are different than our own. We tend to put a value on their behavior with the label “right” or “wrong” with anything they do, say, or believe that is similar to us as being “right” and everything that goes against what we believe as “wrong”. Our natural reaction is to either “fix” them, point out their flaws, or run the hell away from them. When these people are around us and their behavior or their attitude conflicts with what we are aiming to achieve, the conflicting values make us feel uncomfortable and causes a sense of tension between us, and sometimes a standing animosity. 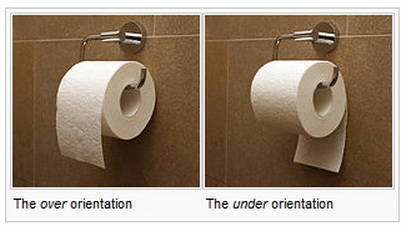 To put things into perspective, let’s use a simple example of which way you replace the toilet paper (if you even do that, or just leave it for the next person to take care of). Some people would argue that the toilet paper should always be facing out, while others believe it best to face in (and then there are those that couldn’t care less which way the TP faces). I personally believe that facing out is better, because you can tear it off easier. But that is my reality. It is also true, and just as valid that putting the toilet paper facing in is also very practical to someone. You’re thinking, “like who? Right?” Like people different than us. And that is precisely the paradox I’m speaking of: Us vs Them.

Because we are so different, and our values are conflicting, we tend to default to creating walls between us. It’s safer that way, and we don’t ever have to deal with that uncomfortableness ever again…until we come into contact with another person that isn’t in alignment with our beliefs. By avoiding these differences, building walls, or holding an “Us vs Them” attitude we gradually lower our tolerance to variance and ultimately make ourselves “allergic” to things that make us uncomfortable. Our intolerance for difference is what causes conflict, war, hatred, and animosity.

Just as there are different realities, there are different ways of thinking about this topic as well, and this blog is just my own projection of my own reality. For example, there are some people that believe walls should be built between those very different from ourselves for whatever reason. There are some people that believe that through continued effort to communicate and negotiate, you can eventually reach a win-win. I think in many cases, a win-win approach is quite possible as long as both parties follow the rules agreed upon. But I think the key to long-term conflict resolution (especially when communicating and negotiating doesn’t work) is to respect an alternate reality and acknowledge it can be just as valid and true as our own, because the fact is, we are not that person. I am me. You are you. We did not live the other person’s life. We do not have their background and experiences.

If there is a God, and God made each and every one of us, that means that we are all special. But that also assumes that we are all a little different in a variety of ways. And the experiences that we go through further create differences- some of them great and some of them not so. But it is my belief that there can be a peaceful coexistence among multiple realities (Keep in mind, I’m not talking about psycho serial killers and things of that nature. I’m talking about basic human interaction and a wide variety of relationships we find ourselves getting in and out of throughout our lives).

That said, if we could just accept the notion that in this great big world, there are people out there living a completely different reality than yours- a reality that makes absolutely no sense to us. There are people that are aware of those differences but firmly believe that they are right and the other is wrong. What I’m saying is, you don’t have to understand why someone does something, and you don’t have to like what they do in order to be at peace with them.
There are a number of possible realities, with yours being one of them, and all of them are different, and equally valid for each of us in our lifetime. What if we tried respecting the idea that although they are completely different than you, although what they think, say, believe or do makes absolutely no sense to you, that it’s ok. That weird thing about them does not remove any value they have as a human being, and doesn’t necessarily qualify them as being a bad person, or even an unloving person.

My personal opinion is that if God didn’t want them on the planet, he/she wouldn’t have created that person in the first place. All people, the people similar to you and the people different than you have some huge genius purpose in this world. It’s easier said than done, but you can actually trust the Universe. Sometimes nothing makes sense immediately, but it all falls into place in the end, and if you want to love others and be loved in all of Love’s true glory, it’s better to open the door to your heart to uncertainty a little more.