Leave a comment
By SoulfulDetox Be The Change, Healing, Purpose, You'll Be Ok

When I was six years old, I remember getting the training wheels off my Rainbow Bright bicycle and riding alone for the first time. The feeling was exhilarating and the fact that my bike was Rainbow Bright made it magical. What a glorious moment for a six-year old. I was fearless.

Needless to say, the bike apparently wasn’t that magical as I fell off and scraped my knee. My father ran to me, scooped me up, and took me to the house. Although I was hurt, I hadn’t cried until I looked down and saw the blood. The blood horrified me. Just the look of it made the pain grow exponentially. “The blood! The blood!” I screamed. The pain, not from falling, but from seeing the blood, was unbearable. My father never let me live that down…

Now I’m 34 years old and still sensitive to the sight of blood, but it doesn’t intensify the pain. I’ve since learned that neither blood or riding a bike equals pain. I can enjoy a bike ride without fear of falling off. I can see blood and not feel immense pain.

But when we are traumatized with other horrific events, such as being betrayed by a spouse’s infidelity, everything that is connected with the infidelity becomes the “blood” that intensifies our fear. Now, whenever I pass a massage parlor, I feel pain. My emotional pain increases and I experience tension, anxiety, fear, sadness…(the list could go on). Whenever I hear my husband’s phone go off, I experience the same feelings. Whenever I am triggered (my triggers are numerous!) I fall into great despair. My emotions go into a downward negative spiral and my creativity peaks as I start envisioning all the times he acted out and was unfaithful. I create stories that may have never even happened, and somehow manage to make it the worst possible scenario imaginable. I then relive those events in my mind and heart, over and over. While the betrayal was real, and the emotional turmoil and trauma I experienced was real, the pain wasn’t something I needed to hold on to. It is natural to grieve and feel “broken-hearted”. All those feelings are natural and should be appreciated. You’ve been hurt! Hurt hurts! It’s supposed to! But it doesn’t have to last, and it doesn’t have to be recreated or tightly held on to. Even now, as we pick up the pieces of a shattered dream, there are days when I feel paralyzed by my fear of him acting out again, of being betrayed again.. and I am totally justified to feel that fear. I could even let that fear control my entire day.

It’s fear. Fear of the unknown.
Fear of ambiguity.
Fear of being hurt again.
It is insecurity.
The feeling is real, for sure.
But it doesn’t have to affect me unless I let it.

I could have decided, at six years old, that considering the pain involved, riding a bike was way too risky and not worth the effort, but I didn’t. My desire to experience life and all it had to offer- especially on an awesome Rainbow Bright bike (did I mention the rainbow streamers on the handle bars?) with the wind blowing through my hair as I rode down the street- was stronger than the fear of experiencing that pain ever again.

Emotional and physical pain sucks. Betrayal sucks. Infidelity sucks. Lies suck. Liars suck. Reality can really suck. But in the end, it’s still reality and whether or not I fear all of that, it’s still a reality.  I can choose to remain resentful, mad, angry, sad, depressed, insecure and fearful, but the crappiest reality about that is that it will only affect me in the end. Me staying resentful, mad or angry and depressed won’t affect anyone else but me. And why would I want that? Life will still play out in unpredictable ways. It will bring joy and it will bring sadness.

Since then, I’ve had a lot of bikes and I’ve fallen down a lot as well. I chose to ride again, despite the numerous crashes. I’ve learned that some falls I could learn from and take certain measures to prevent similar crashes. But there were other falls that were completely out of my control.

I can let that insecurity ruin my day, month, year, and even life. Or, I can let it go.

Feel it, acknowledge it, AND…MOVE…ON. 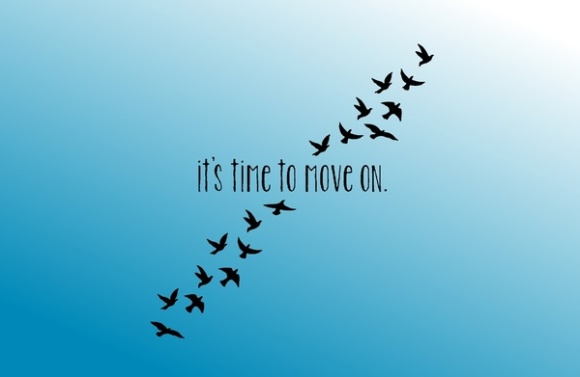